OMEN by HP PUBG. The Great Competition is reinforced!

NVIDIA and OMEN, two leading technology brands, team up for the best PUBG players in Latin America to face off in a battle never before seen. The Battle Royale LATIN AMERICA OMEN-GEFORCE Tournament was launched in October 2018 and during more than a month of battles, the best Player Unknown’s Battlegrounds team in the region was defined.
In the framework of this Online Tournament, we organized in Compumundo Sucursal Belgrano everything related to the training of the Squad Argentina made up of 50 fans and led by Vector, one of the favorite influencers of this game.

For weeks, players were able to train and show off their skills alongside Vector in a fully themed Compumundo; WE developed the posts for the announcement and monitored the social networks; WE produced promotional material to deliver to the participants and organized the exclusive OMEN Arena so that players could give their best in the online final.
Over 600 people watched the live stream via Twitch! 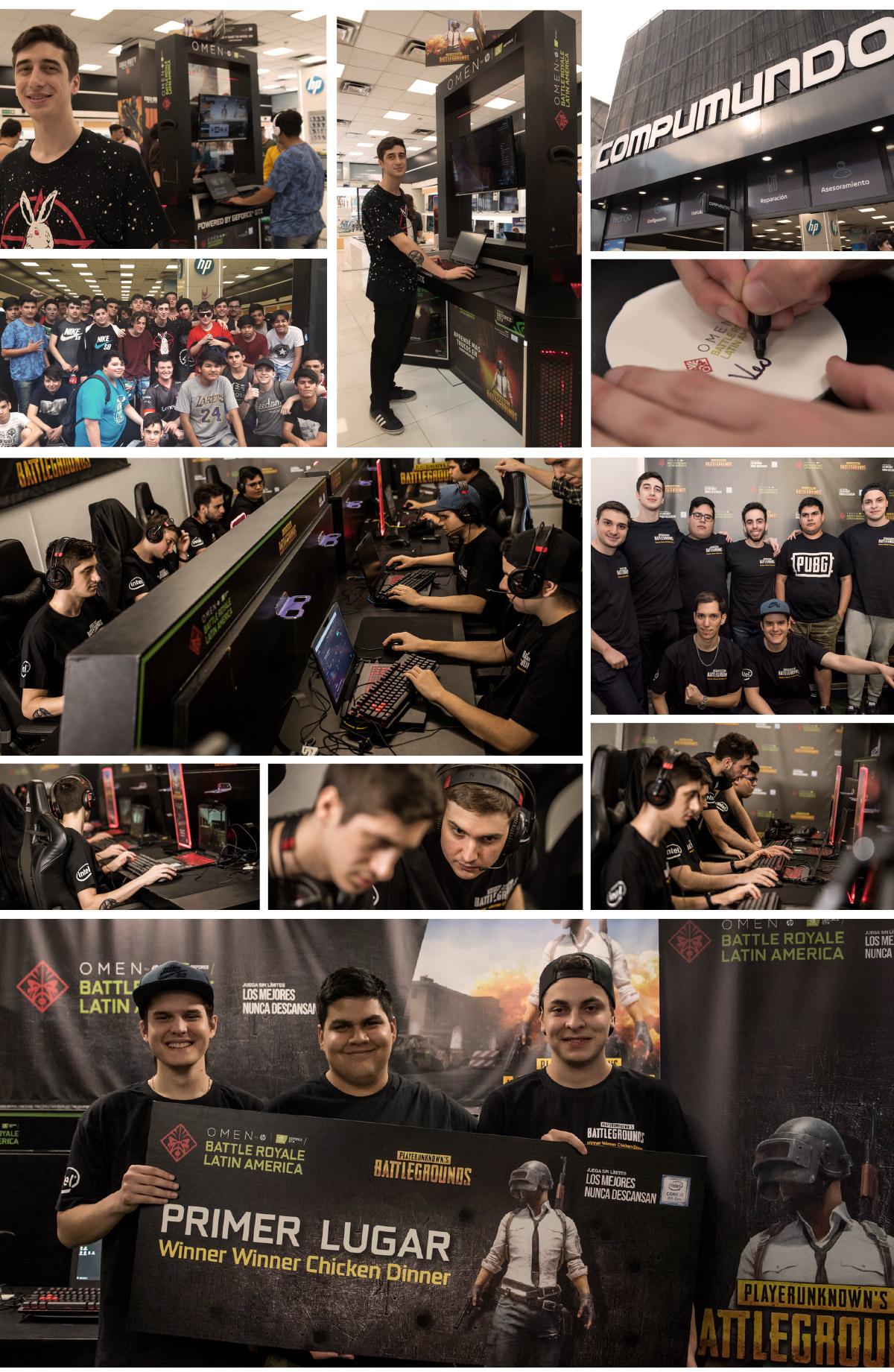