HP All in One with Magic Desktop Software Activation

With the aim of promoting the new Magic Desktop children's software included in HP ALL IN ONE desktop computers, we developed a 2 month long activation in 5 Garbarino and 2 Compumundo stores. We were present the strongest days of the week, sales-wise, such as Friday, Saturday and Sunday. We designed an AIO display cabinet, following the app's aesthetics, in which the main image was a Disney-style fantasy magician. We were present at: Garbarino Branches Unicenter, TOM, Terrazas de Mayo, San Justo and San Martín Centro and Compumundo Branches San Miguel and Escobar.

We generated a playful activity at the Point of Sale where children interacted with the team through different games offered by the Magic Desktop app. The games varied in complexity so as to adjust to the users' age. A magician promoter was commissioned to perform simple magic tricks in order to capture the attention of children and parents. He also served to communicate out message by commenting on the software's functionality and inviting them to participate in the game. Magical, indeed! 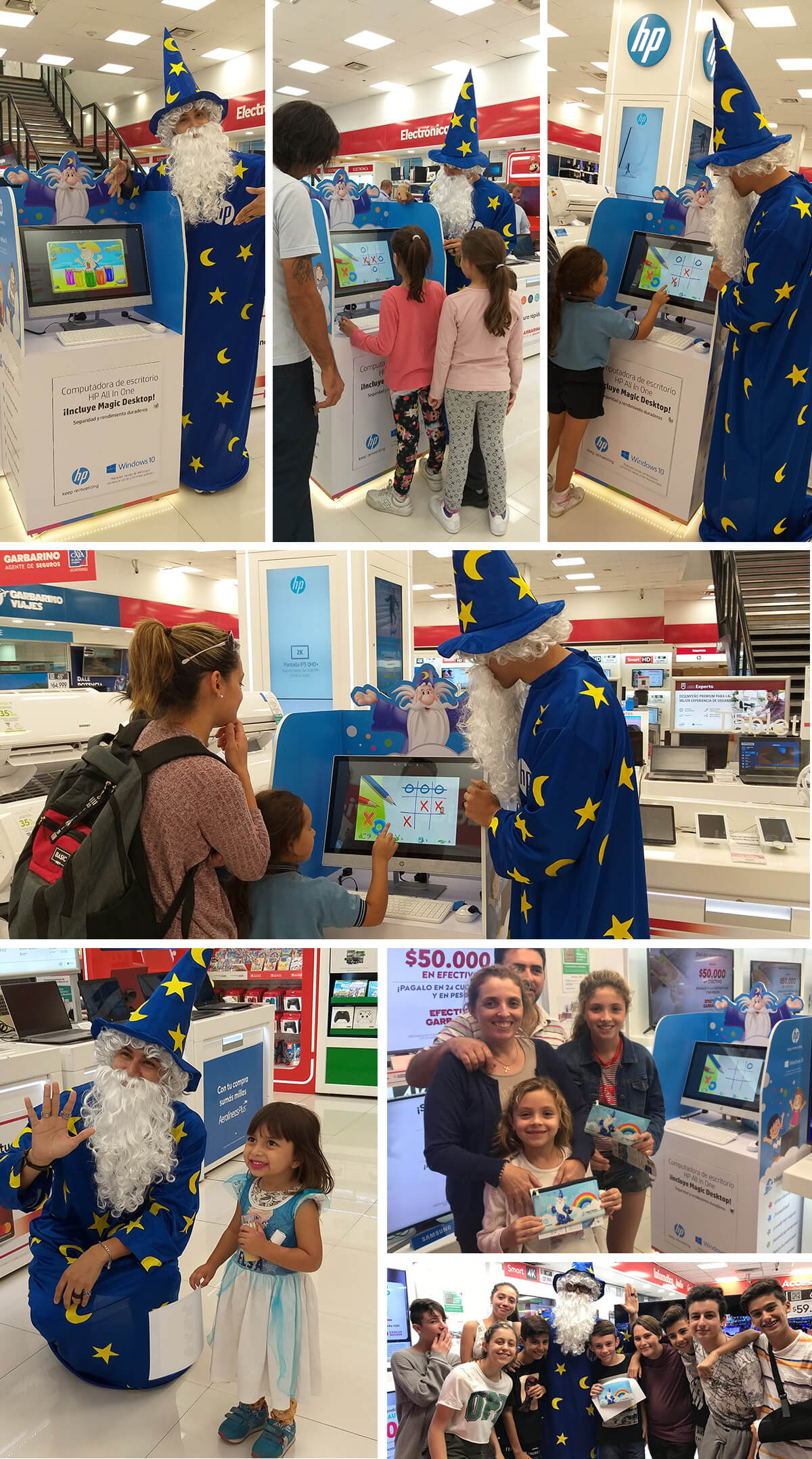