WE carried out a campaign that encompassed Latin America as a whole to promote one of Bandai Namco's main launches, Dragon Ball Z: Kakarot. The main Key Art incorporates the key message and a strong call to action oriented directly to motivating the anime’s fans to play it: “You’ve already watched it, now play it”.
By persistently utilizing the cover art WE were able to achieve message fixation and remembrance.

One of our biggest hits was using Cartoon Network, specifically Dragon Ball Z's ad space, as a great opportunity to reach our target audience (the show's fans).
Billboards were also used in large format and strategic locations, and even LED screens were included in this campaign's array of advertising media. 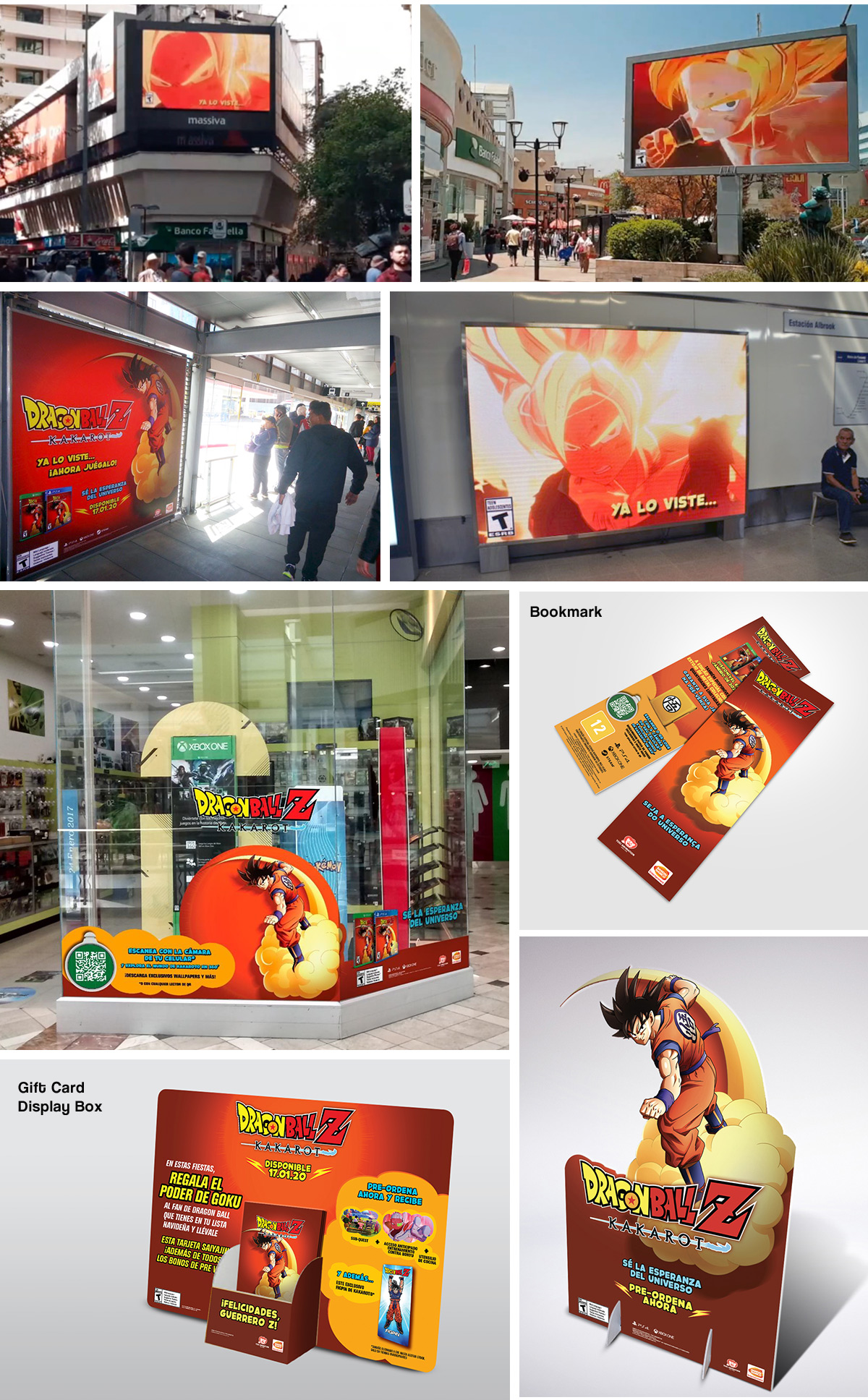