We paid tribute to anime fans with a campaign unique in its type that included decorating the most important cities across Latin America with pictures of cosplayers representing their favorite characters. The ponchos were especially sewed for the occasion, following the original design of the game DLC.

We recorded the back stage of the photoshoot, and when it was uploaded, it became viral in Bandai Namco Social Media Networks. Japanese Garden of Buenos Aires was the perfect location for filming this particular piece. Naruto and Sasuke replicas had, for the first time ever, the serial numbered Premium tags that demonstrated their insuperable value. 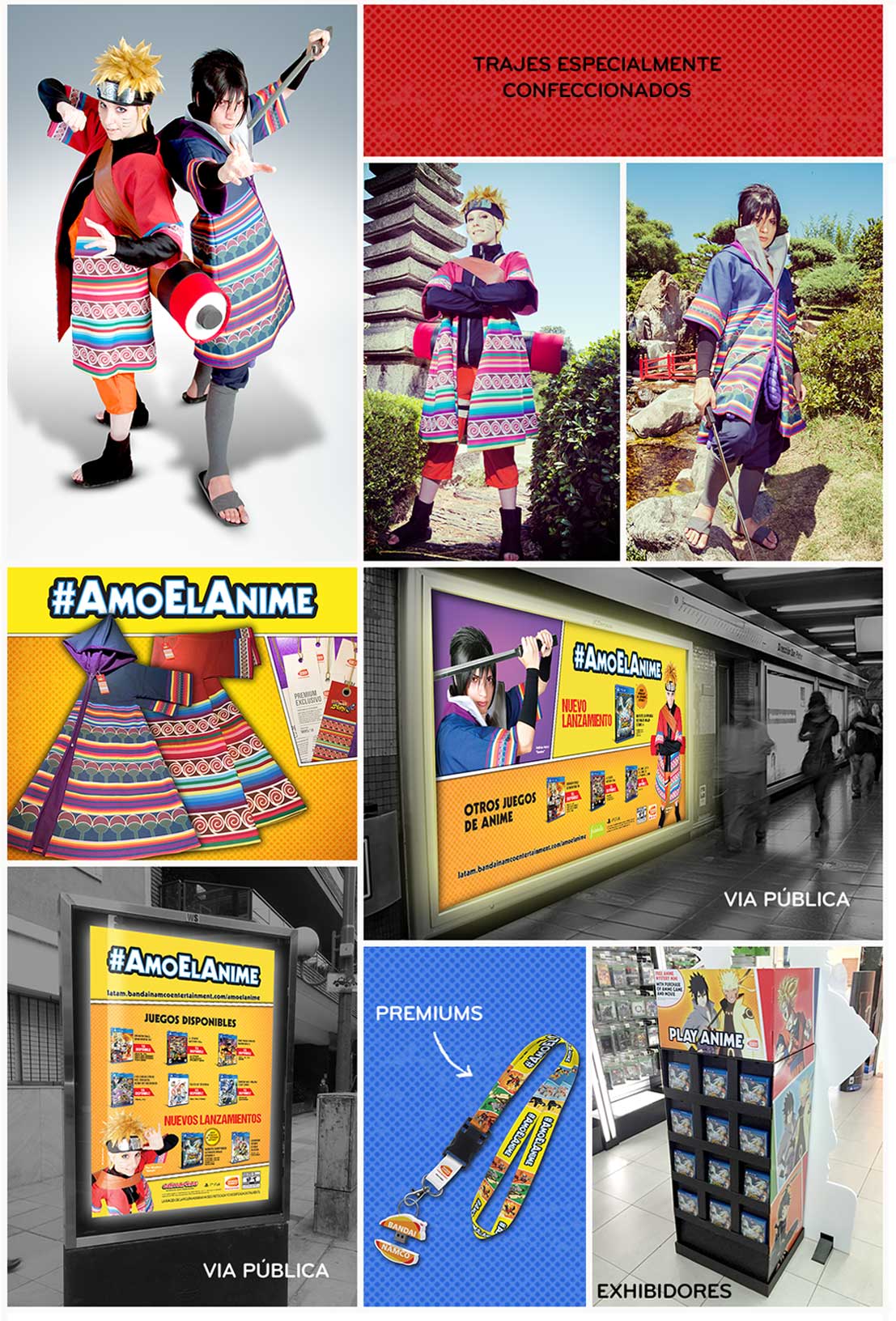